“That Feel” to go wild and smash guitars 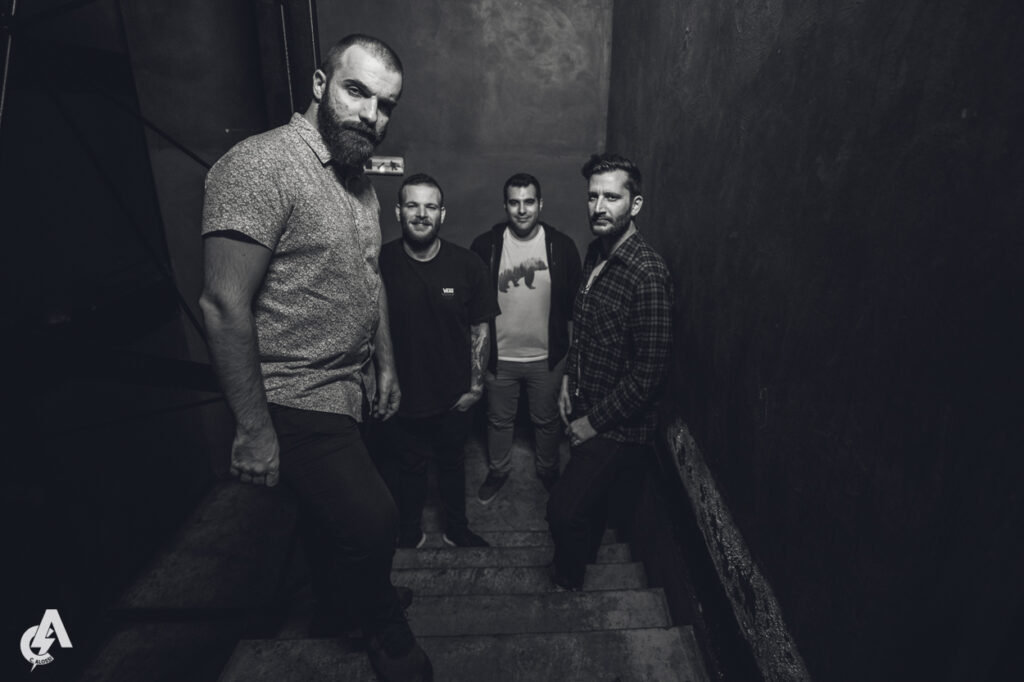 Honeybadger is a four member heavy/desert rock band from Athens, Greece. Their influences come mainly from the Palm Desert rock scene in California and the heavy and stoner rock scene with lighter influences from the grunge music of Seattle and the rock alternatives and classics.

Pressing their album “Pleasure Delayer” introduced me to sub-genre of Rock which I was not familiar. Catchy hooks and riffs and a massive dose of bass is their signature sound.  I got the pleasure to meet the band and their record label who all have a great view and dedication to music and activism as well.

“When we started performing for audiences, we were rehearsing a lot! We put together a bunch of songs that were almost ready to go, just because we wanted to have a bigger selection of tracks for our live playlists. This means that the tracks were “live oriented”, we wanted to have fun and combine our music tastes. There is already a rather big and significant heavy and stoner rock scene in Greece and, as a result, we fitted in. Sometimes the vocals were bluesy, the guitar riffs were rather groovy with a funky twist, the drumming was more alternative and the bass lines were punky.

In Pleasure Delayer we made the choice to go “the desert way” and merged all these tastes into one sound. It was a miracle that we teamed with our producer, Alex Bolpasis, whose work was crucial for us to find the sound we had in mind. It took us almost one year of pre-production and another one, more or less, to produce it the way it was meant to be.”

The Pleasure Delayer consists of eight tracks whose lyrics talk about existential and social issues, relationships, everyday thoughts and inspiration. The most well known track is “The Wolf”, a dark existential song.”

The album release was followed by positive feedback and recognition by local and international music blogs.
“Efficient, hooky, smoothly executed. There’s nothing one might reasonably ask of Pleasure Delayer that it doesn’t deliver” as described by The Obelisk and it was also included among the best Greek album releases of 2020 as of Ypogeio and the Poet’s Sound.
Not to mention that the band was even compared to the “Queens of the Stone Age” by the Monster Riff. Quite a flattering compliment for a local band and their debut album!

The Pleasure Delayer LP was pressed on 180gr magenta transparent vinyl under the “Made Of Stone Recordings” label.
The vinyl is available on the Bandcamp pages of Honeybadger and Made of Stone Recordings and also on various vinyl stores around Europe and USA. 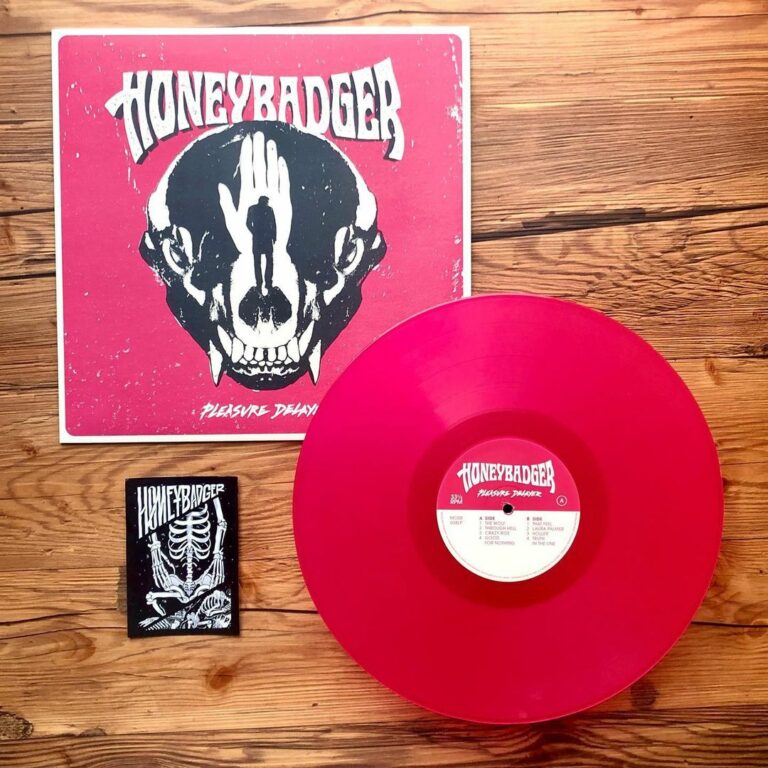 The recordings of the Pleasure Delayer took place mainly at Suono Studio in Athens.
All tracks were produced, engineered and mixed by Alex Bolpasis and mastered by Nick Townsend in Townsend Mastering, California. 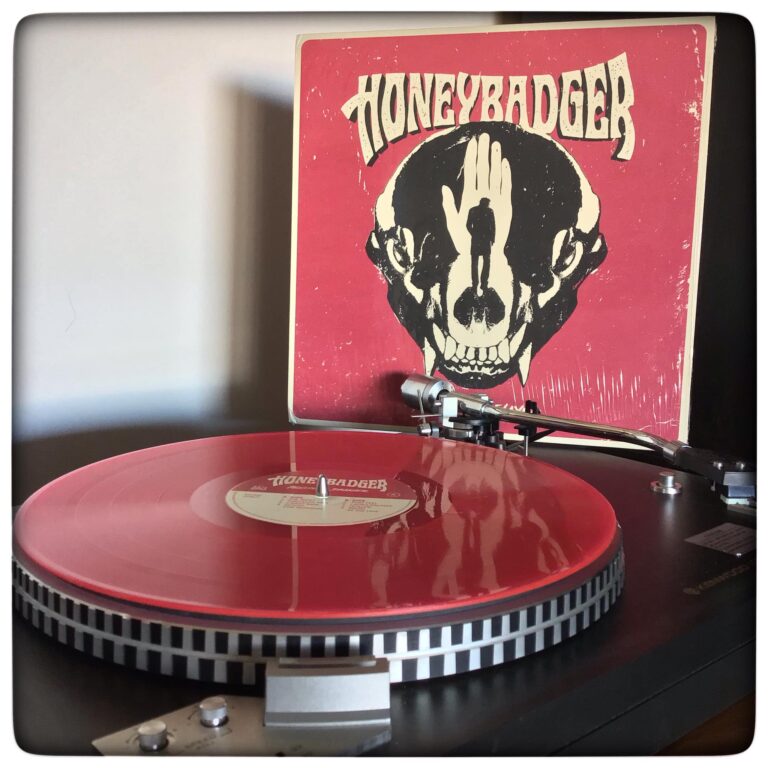 Do you want to know more about the Honeybadgers?