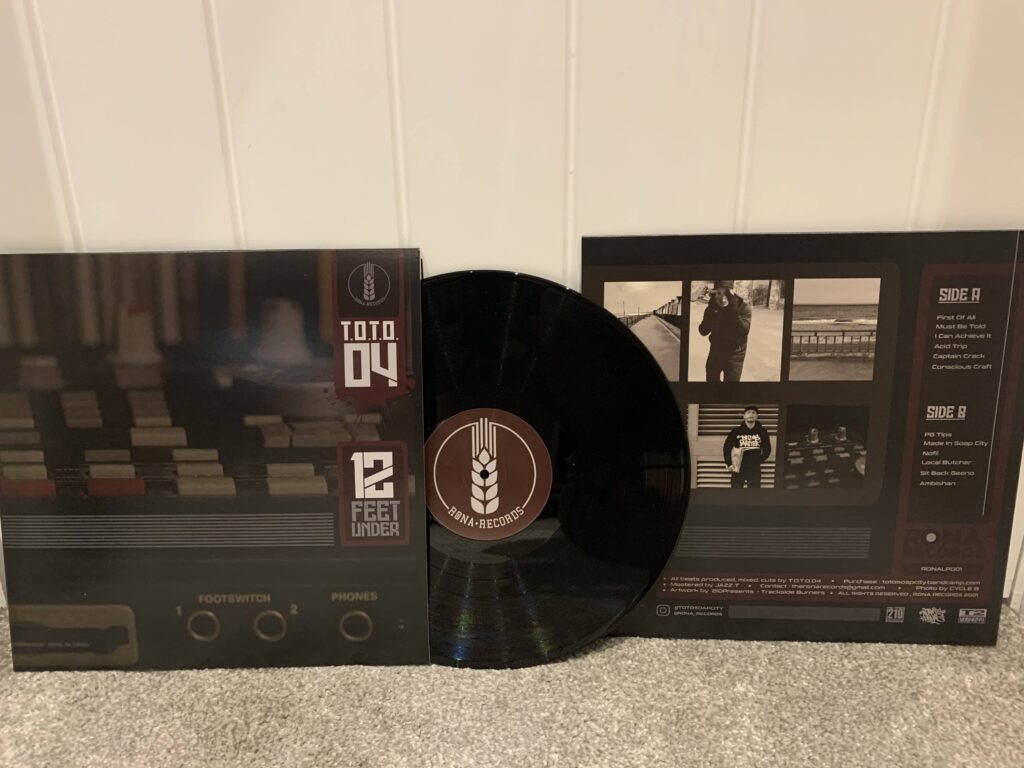 T.o.T.o.04 is a UK based Beat Maker, Rapper, DJ and Crate Digger. Originally grown up in Hungary, in “Soap City” (slang for Hajdùszoboszló), he spent his last 5 years in Hungary, France and Portugal before he moved to UK.

He is the founder of the independent label Ròna Records, member of Soap City Squad (a Hip-Hop group together with MC Nitro), and 1/2 of Unknown SuspecT2, a DJ/Producer duo with 210Presents (from Trackside Burners Radio Show) who they currently work on their debut LP together.

“My inspiration for this album was mostly from my journeys, my beliefs, spiritual trips, friends, parties, moods, traumas, etc…

Another important factor that motivated me as well was I want to give something back to this wonderful culture of Hip-Hop, that taught me a lot and made me the person who I am today.

Hip-Hop is a school if you take it or feel it serious, not just a lifestyle. It is more than this. Róna Records is all about spreading the seeds back to the soil and let it grow, is like a “garden of consciousness.”

“For the production of the “12 Feet Under” I used an MPC 2500, a Maschine MK2, a keyboard and a bunch of vinyl records which I sampled and some acapellas from the Hip-Hop golden era of 90s.

A very important element in my music production are the drum patterns, programming and sequencing. I used to play on real drums a lot as a kid. I learned a little bit in music school at the age of 7 but I was too shy and I quit which I regret later.

Still in late 90’s I could practice a lot on my brother’s drum set when he was not at home. Basically, the beat making was real for me since young age. I spent at least 10-12 years with skateboarding before I started to making beats and writing lyrics, because Rap was a few years before beat making. Around 2006-7 I got my first turntable and mixer and started practicing scratching at home. All these are like a chain. Apart from breaking, by today I got involved in all pillars of the Hip-Hop culture.
When I started to take Hip-Hop more serious through graffiti around 2003-ish, I really loved to listen to instrumentals and just focusing on the drums, I was always a drummer inside my head just in a different way.”

“The samples used in “12 Feet Under” came as always random as you can not really force them to. I let my beats built up naturally. I let the sounds and melodies find each other and I am just the person who makes them connected, if I can go to my level, is meditation.

Sometimes you find the one for the very first time, sometimes not, or I try 10 different samples, then I write some notes on the keyboard and do not use too much sample. Either way, it works fine. My practise is listening different genres of music.”

The “12 Feet Under” LP was pressed on 140gr black vinyl and it’s the debut physical release of the “Ròna Records” label. The album includes 12 instrumental beats produced and mixed by T.o.T.o.04 and mastered by Jazz-T. The artwork was designed by 210Presents while the pictures on front and a few on the  back cover were taken by Cycle B.

T.o.T.o.04’s “12 Feet Under” LP is available on limited copies of vinyl and tape via totosoapcity.bandcamp.com, selective record stores in UK and in Europe and on all digital platforms. 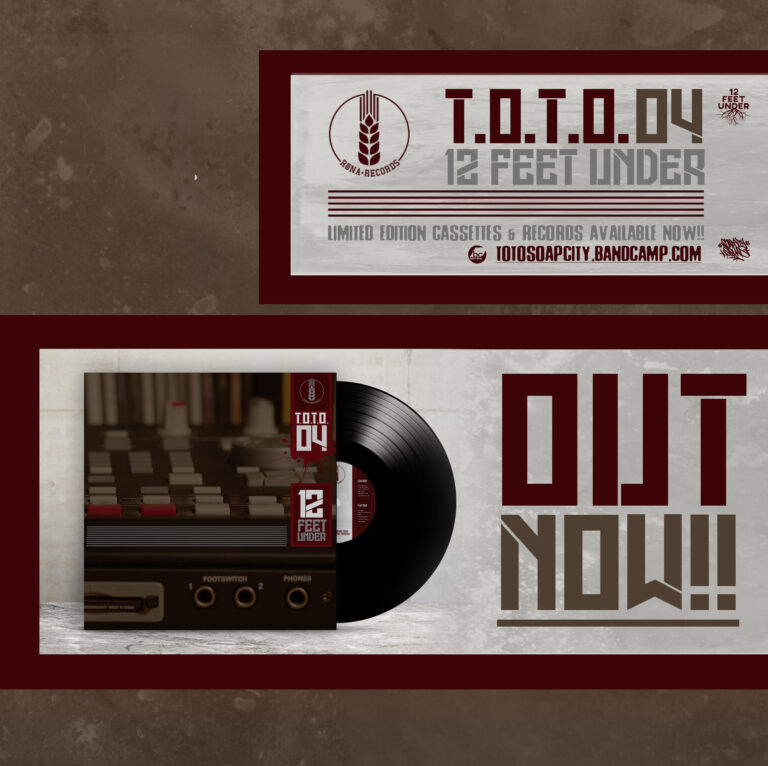 If you like T.o.T.o.04, check out also Ròna Records and Soap City Squad!

New #MeetOurClients blog article is up! This time